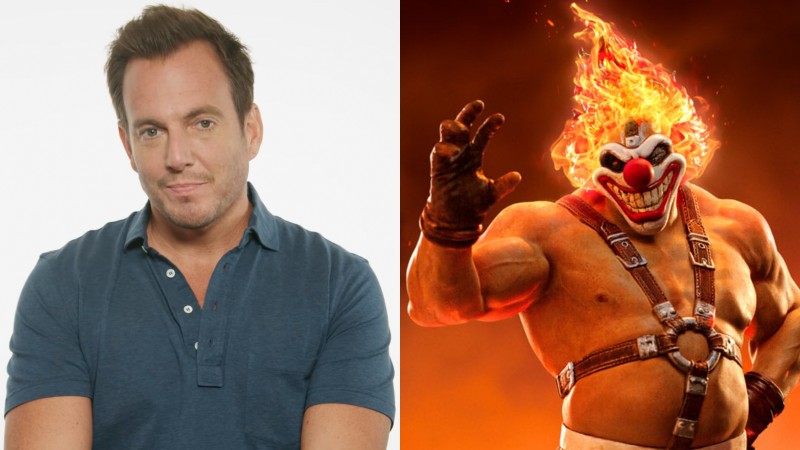 Variety reported last year that a Twisted Metal series was on the way from the writers of Deadpool, and then we later learned the show will debut on Peacock.

Anthony Mackie, perhaps best known as Falcon in the Marvel Cinematic Universe (although he does have a new role in it now), was cast as the series’ star last September and now we know who will be playing the most iconic character from the Twisted Metal franchise, Sweet Tooth. It will be none other than Will Arnett, the voice of Batman in The Lego Batman Movie and the titular character in Bojack Horseman.

This news comes by way of Variety, which reports that Arnett will “voice” Sweet Tooth, which kind of makes it sound like Sweet Tooth will either be a CGI character or the person acting as Sweet Tooth won’t be voicing him. Or, of course, perhaps Arnett will play Sweet Tooth on set, too, while also voicing him in post-production, given the whole head-on-fire part of the character. Variety reports that the show’s Sweet Tooth is “described as a hilarious and terrifying hulk of a man, who is as emotional as he is cunning,” and a “lover of chaos.”

“[This] majestic rage-filled killer dons an ever-smiling clown mask and uses ‘Lost Vegas’ as his own personal kill-ground, all while he drives his infamous doomsday ice cream truck,” Variety writes.

The publication reports that Arnett was long-rumored for this role in addition to working as an executive producer for the show. Arnett joins Mackie, Stephanie Beatriz (Encanto, Brooklyn 99), Thomas Haden Church (Spider-Man 3), and Neve Campbell (the Scream franchise) in this series.

Are you excited about this Twisted Metal series? Let us know in the comments below!