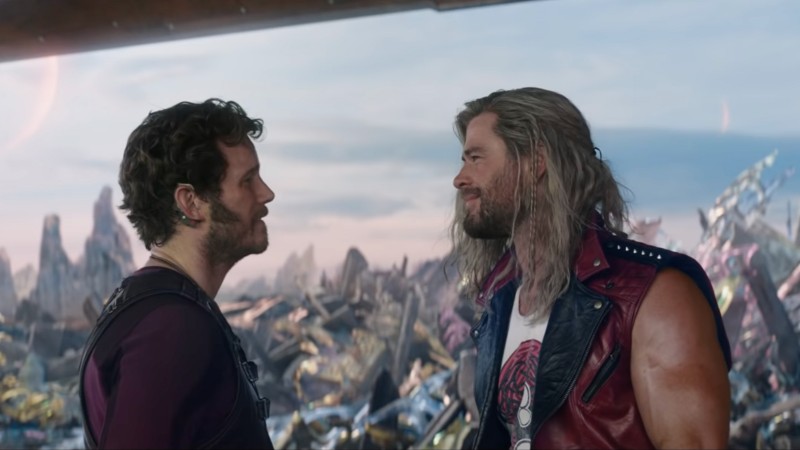 Marvel Studios has released an official teaser trailer for Thor: Love and Thunder.

This trailer comes just months before this sequel, which is directed by Thor: Ragnarok director Taika Waititi, hits theaters. With the release of this trailer, Thor: Love and Thunder now holds the record for the shortest amount of time between a Marvel Cinematic Universe movie’s first trailer and its release in theaters. It’s hard to complain, though, because while we did have to wait a while for this trailer, now, seeing how great it looks, it’s nice knowing we only have to wait a few months to actually see the movie.

You can watch the official teaser trailer for Thor: Love and Thunder below:

As you can see in the trailer above, there’s not much going on story-wise, especially when you consider we already know a lot about what the movie’s going to cover i.e. Gorr the God Butcher, Jane Foster as The Mighty Thor, and more. In fact, Gorr isn’t mentioned once in the trailer and we only get a few quick seconds of Jane as Thor right at the end of the teaser.

However, despite that, we do get plenty on the whereabouts of Thor and where he’s at mentally following the events of Avengers: Endgame, which is where we last saw him. As expected, he’s put in some work to get back to his more cut physique (here’s hoping we get an amazing workout montage set to some ’80s music) and he’s rolling with the Guardians of the Galaxy (this is also our first look at this team since Endgame).

As for where Thor’s at mentally, he seems less inclined on partying and fighting, and more about taking in the life around him and ultimately, living a life of peace and tranquility.

Are you excited about Thor: Love and Thunder? Let us know in the comments below!

Wesley LeBlanc is an Associate Editor for Game Informer. You can follow him on Twitter @LeBlancWes. Feel free to DM him there or email him at wesleyleblanc@gameinformer.com for news tips, potential stories, and more.