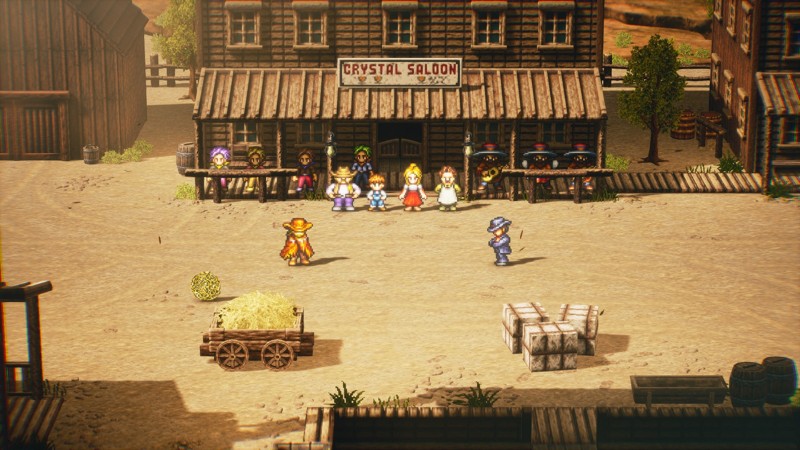 Today’s Nintendo Direct brought the surprising announcement that Live A Live is making its way to the West for the first time ever. The 1994 Super Famicom game was developed by Square and has never been officially released outside of Japan, making this a welcomed development for JRPG aficionados.

Live A Live is getting an Octopath Traveler-style facelift, sporting the same HD-2D art direction. The game stars eight heroes and is told through eight scenarios set during different time periods such as prehistory, imperial China, the Wild West, the distant future, and more. You tackle these stories in any order, and each sports a unique gameplay hook, such as stealth or telepathy. Live A Live launches for Switch on July 22.