Dedicated tabletop gaming tables have been gaining steam for some time now, offering custom solutions for players who want a more nuanced solution for where to play out RPG or board game nights. Game Theory Tables is one of the recognized players in the category, thanks largely to the success of its customizable Origins table. Today, the team is launching a new crowdfunding drive for that table and a recently announced new coffee table format of a similar design, alongside a substantial discount on their standard pricing.

The original Origins table was most notable for its customizability, including a choice of wood color, playmats, cupholders, and optional accessories like USB chargers and dice-rolling towers. But its chief success lies in its recessed design, which offered a 4-inch recessed play area, which a dining top could cover, keeping in-process games in stasis while the family enjoys dinner, and allowing the game to pick back up when the group is ready to get back to the action. 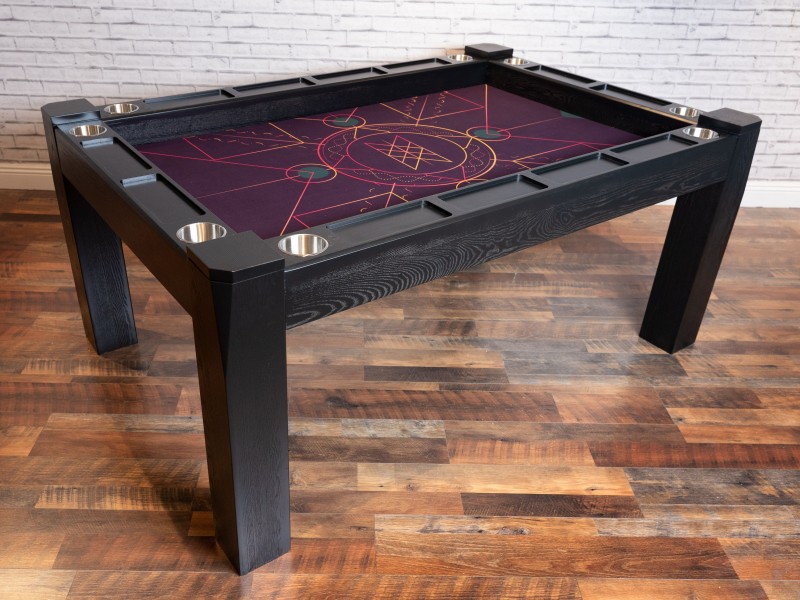 The new coffee table variation of the Origins table seems to recognize that many players have switched to a more relaxed approach to game night get-togethers. The idea seems to be that the crowd is gathered in easy chairs and couches, leaning in to take a turn when the time is right, but you still want a suitable play space.

Alongside the new coffee table twist, Game Theory is also updating the original Origins table for its latest run in 2022.

The two options are headed into a new crowdfunding drive, with a planned slate of 650 units of each table available for purchase, and with pricing marked to 30 percent below Game Theory’s standard website pricing. If you’ve been waiting and considering springing for a new play surface to enjoy with your gaming group, the Kickstarter goes live today.