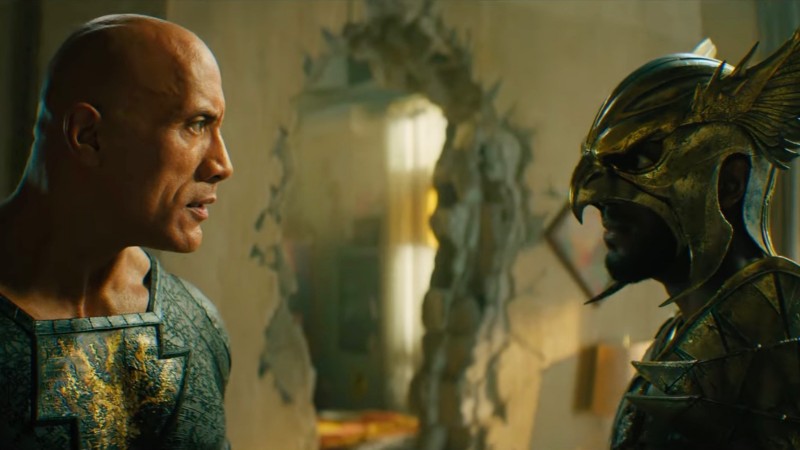 Featuring arguably one of the brightest color palettes in all of the DCEU, this trailer provides some backstory to the anti-hero that is Black Adam before showcasing the strength of this character. And that strength is enough to seemingly rival Superman as Black Adam doesn’t so much as break a sweat when up against baddies, missiles, crowbars, and more. Check it out for yourself below:

As you can see, this trailer explains how Black Adam came to be. Nearly 5000 years ago, some bad people enslaved the man who would become Black Adam. Those same people then killed him, but somehow, his son sacrificed his life to help his father become Black Adam – an ancient god bestowed with mighty powers. However, just as quickly as he gained those powers, he was imprisoned. The trailer reveals that in the modern-day, he is somehow freed from the tomb and ready to “unleash his unique form of justice on the modern world.”

What do you think of this trailer? Let us know in the comments below!