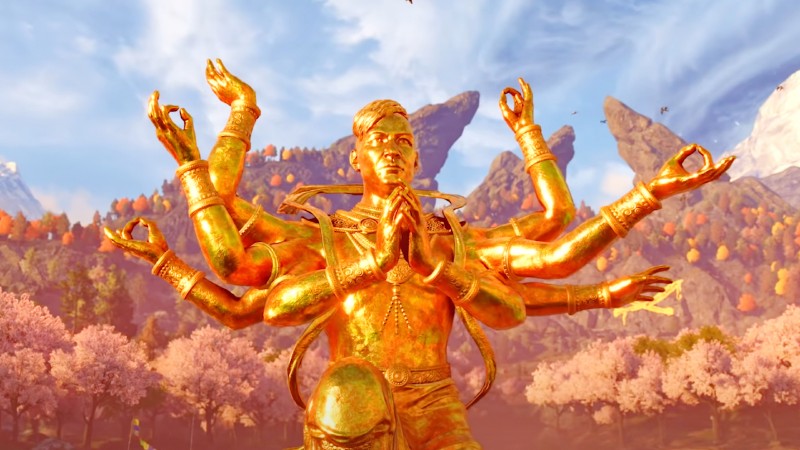 Far Cry 6 was released last October, and while the base game offered dozens of hours of FPS action gameplay, Ubisoft upped the ante by committing to free content drops and three paid DLCs.

Some of the free DLC includes Los Pollos Hermanos and Heisenberg outfits from Breaking Bad, while the first paid DLC, dubbed Vaas’ Insanity, gave players the chance to play as the infamous villain from Far Cry 3. Vaas’ Insanity was the first part of a villain-focused trilogy included in the Far Cry 6 season pass that costs $40. The second villainous DLC will star Far Cry 4’s Pagan Min, and now, Ubisoft announced that it’s coming next week.

More specifically, it will go live on January 11. Like the Vaas experience before it and the forthcoming Joseph Seed DLC coming after it, this Pagan Min-focused episode called Pagan: Control is a rogue-like experience that sees the Troy Baker-voiced villain “struggling to escape the horrors of their own minds.” You will die a lot and retry a lot, Ubisoft promises.

You begin with a pistol and must find new weapons and powers to progress through Pagan Min’s mind. You’ll be able to give this experience a go in five days on January 11.

For more, read about the other DLC offerings you can expect in Far Cry 6, and then check out our thoughts on the game in Game Informer’s Far Cry 6 review. Read about the Vaas’ Insanity DLC after that.

Are you excited for Pagan: Control? Let us know in the comments below!